Essence What do you think? with Essence matt top coat

After posting my yesterday's mani I've found an older photo of What do you think? with matt top coat.

Just a short review of Essence matt top coat: Altough some girls don't like it because it leaves white pieces on the nail after it's been opened for a while, I haven't noticed that. I bought it just after it was released and it's been opened since then and there was no change in quality. I guess I got the 'good' bottle then.

I love What do you think? better matted, the color becomes less bright and you can see that the polish has some bit of pink in it, too. 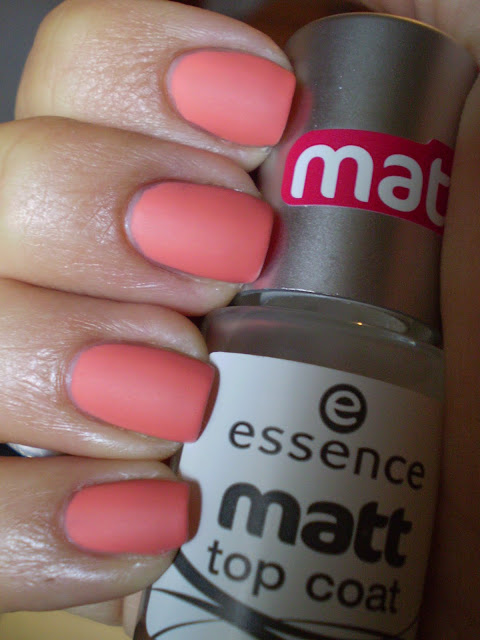 The photo isn't so good, but I was taking this one before I started blogging so I haven't been paying so much attention to details...