I totally neglected my blog for some time now... But I do have an excuse, actually three of them: First, I had to borrow my camera to a friend, and he still hasn't returned it, that's the reason why I'm posting this shity pictures taken with cell phone. But I had to post anything, really, I hate when my blog shows the same photos for more than a week.
Secondly, my nails decided to have a conspiracy against me, they break all the time, I had to file them three times in a week!
And my last lame excuse is that I really had no time, even for posting these crappy photos.

So, now that I caught some time, I'm uploading these terrible photos, sorry once again for the qualitty. 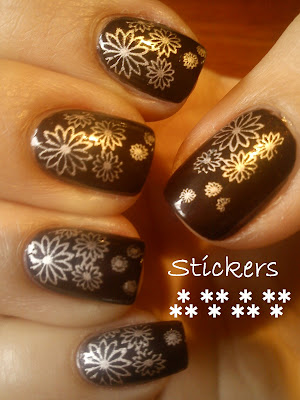 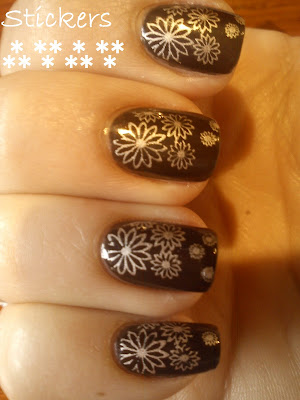 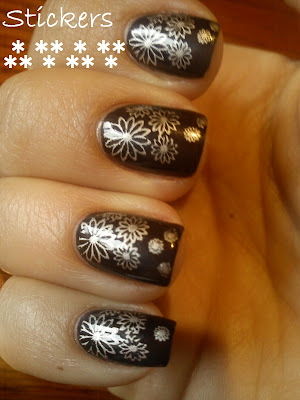 I didn't catch that beautiful pinky-red shimmer in this dark brown polish, but check out this swatch at Vampy Varnish: Smurf.
This is a little (5 ml) polish by Sephora and at first I thought it has no name, since I coudn't relate small text saying Smurf with this brown polish. I found out it was really called Smurf only when I found that swatch from Vampy.


I love the color of the polish, it's rich brown without red tone, but with very fine redish shimmer. It goes well in only one coat, although I put two for the photos.
Unfortunatelly it lasted only two days and had very noticeable tip wear. So, quality for such a price (5$) isn't that good.

And one bonus picture of my mommy's nails with the same combinaton of colors:
(she has long and nice nails, better than mine, I should persuade her to have her own blog) :) 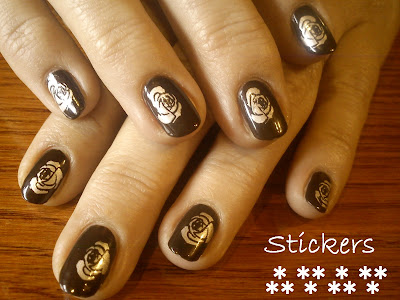 I hope I'll get my camera by the end of the week, so I can show you some mani's that I took photo of before I gave the camera to my friend.

Email ThisBlogThis!Share to TwitterShare to FacebookShare to Pinterest
Oznake: Sephora