All Hail The Queen with stamping

Altough I love this polish, after two days I decided to stamp over it.
I used one of the new Bundle Monster plates and Manhattan black polish.

I just want to discuss one matter about this polish.

I named yesterday's post All Hail McQueen, but when I checked the sticker on the bottle later, I saw that my version was named All Hail The Queen. I was confused, but google helped, as usual :)

Very first version of this polish was introduced in 2010. and was named All Hail McQueen, but due to copyright and other (unfamiliar to me) legal issues they had to change the name. Some who have the old version of this polish say that Butter London only put new sticker over the old one, so when you remove it you'll see McQueen instead of The Queen.
I haven't bothered with checking under my polish's sticker.
All I know is that the polish is one and the same. 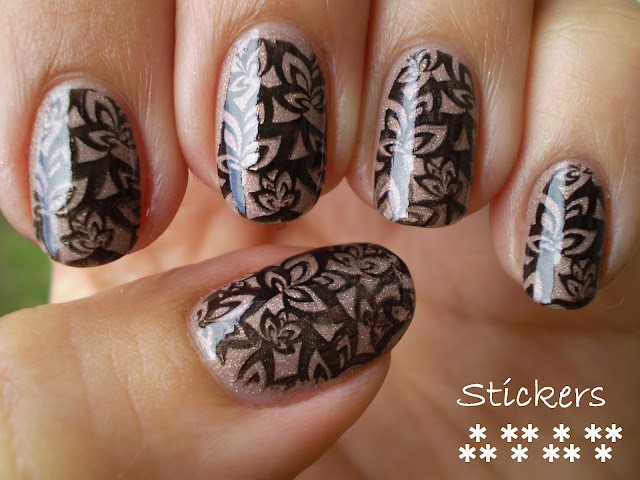 Bye
Stickers
Objavio/la Stickers u 11:41 AM