Since two of Catrice's colors look similar in the bottle: Lost in Mud and From Dusk 'till Dawn, I chose the darker one. But as soon as I swatched it, I knew I should have bought the other one. When I later tried From Dusk 'till Dawn, it was confirmed: it's way more beautiful, lighter gray with purple subtone... I'll buy it soon.

However, Lost in Mud is just as it's name says: muddy, brownish-gray with low-gloss finish. Just like I put my nails in a puddle of mud.    :)

Here are the photos: 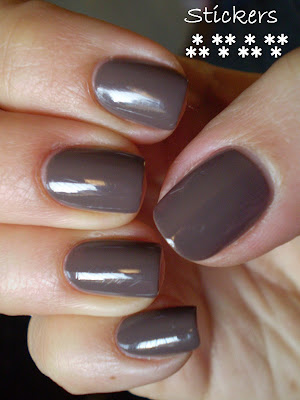 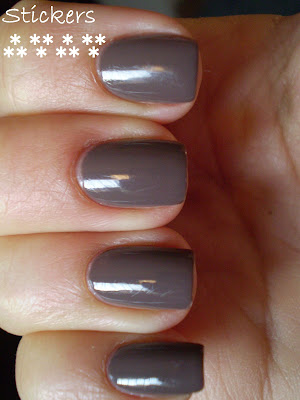 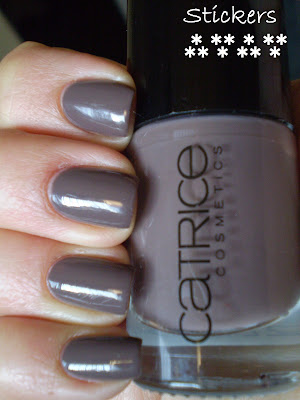 And  one with a flash so you can se the brown in it: 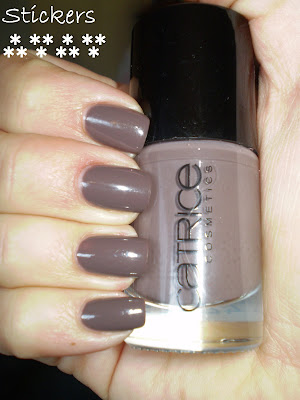 Altough it looks like it has some purple in it on this photo, I assure you, it doesn't... If you think this color is unnoticeable, like I do, don't buy this one. Choose From Dusk 'till Dawn instead. From what I've seen on internet swatches it's the closest dupe to Chanel Particuliere in this price rank.

Bye
Stickers
Objavio/la Stickers u 11:59 AM

Email ThisBlogThis!Share to TwitterShare to FacebookShare to Pinterest
Oznake: Catrice