Day 30. Inspired by a tutorial

When I did Inspired by artwork, I instantly thought of Van Gogh Sunflowers. But I didn't do them because I knew from the start which tutorial I will be doing, and that is Sunflowers by Kayla Shevonne.
That would be double sunflowers and I didn't want that so I chose the easy solution for artwork.

Check out the great tutorial here.
I love Kayla's tutorials, they're amazing and I'll certainly do more of them when I get the time.

And now my interpretation: 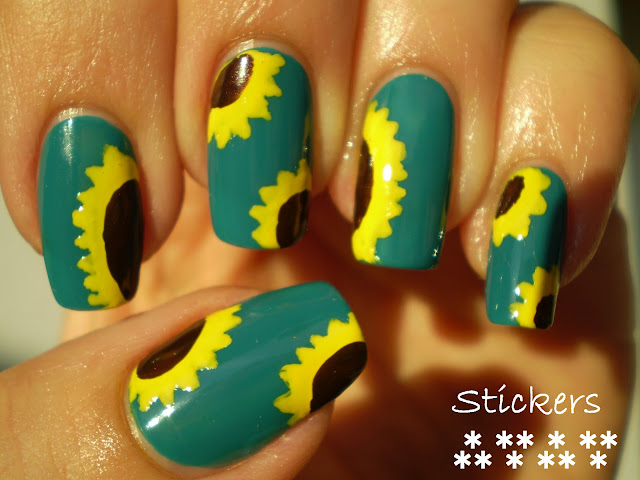 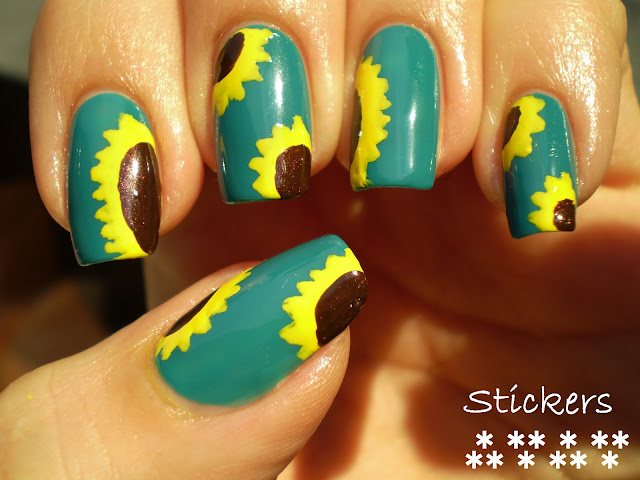 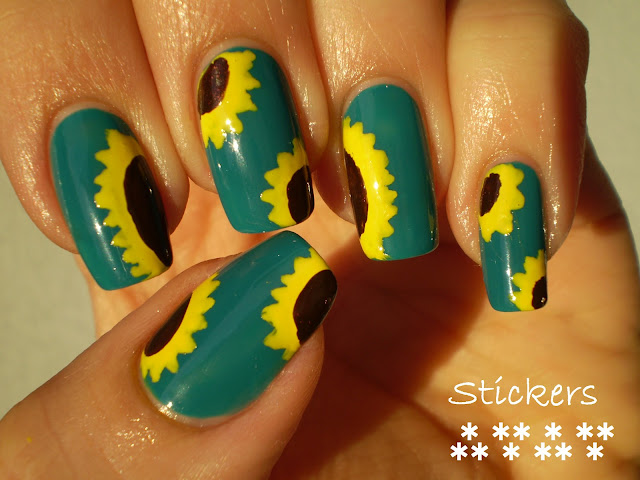 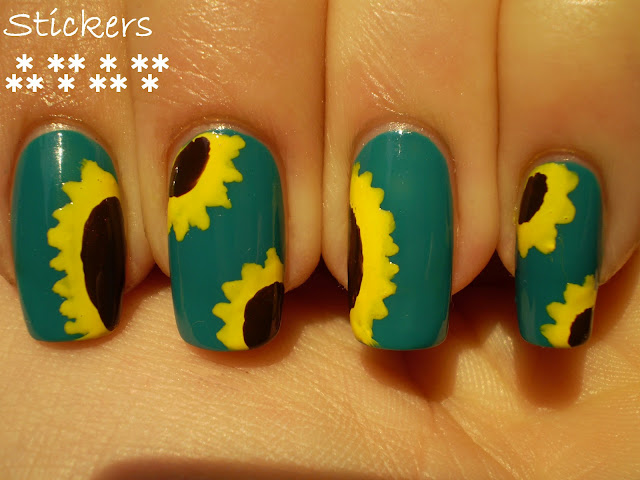 As a base I used China Glaze Shower Together, beautiful blue-green creme polish. For sunflowers I used no name yellow polish from New Age, that's so pigmented that I didn't need white base as Kayla did.
And for sunflower seeds I used Sephora Smurf.

I haven't got the shimmer in Smurf, but you get the idea from the second photo. I love, love, love that polish, the best brown I own.

That reminds me, can you give me any suggestions for a nice brown polish? I think brown is underrated. There are maybe three brown polishes that I like. Usually they make browns that look like sh.. or browns that have too much red in it and can be described as burgundy.
But pure brown, and with some nice shimmer like in Sephora Smurf I see very rarely.
I can think only of Zoya Cheryl right now... :(

So I take you suggestions and advices for a nice brown polish!

Bye
Stickers
Objavio/la Stickers u 9:19 AM