When I completed this mani and told my boyfriend I did galaxy nails, he asked me: which galaxy? I almost smacked him with a hammer :)
But after he saw them he said these were the best nails he's ever seen on me... I was so pleased, especially since this idea came to me out of nowhere.

This is supposed to be our galaxy, including Solar System . On the thumb we can se the Sun and closest planets. On point and middle finger planets that are further away from the Sun, and on ring and pinkie finger the rest of the galaxy including far away stars and star nebulas. 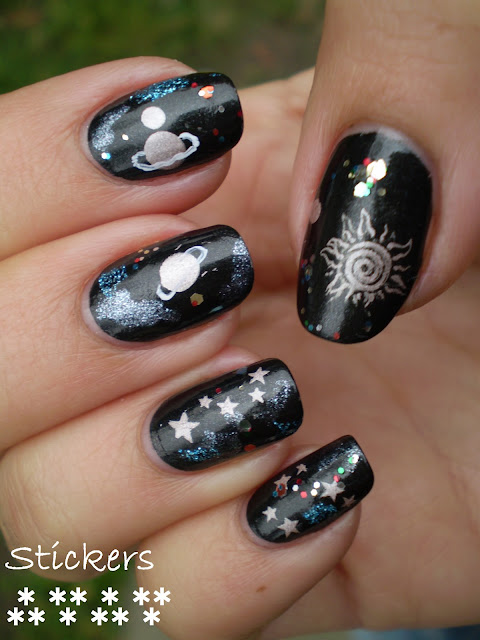 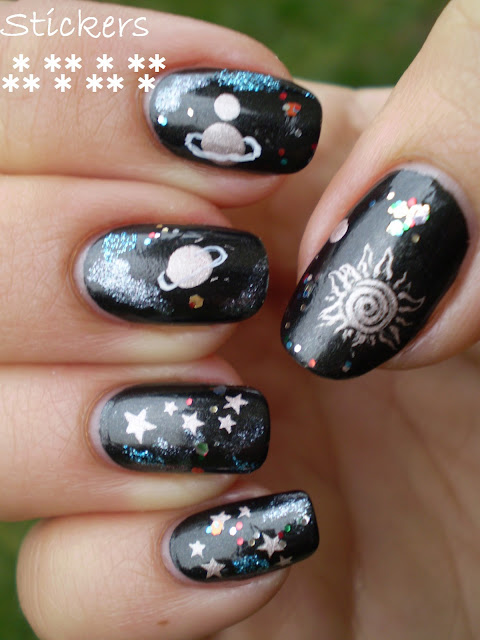 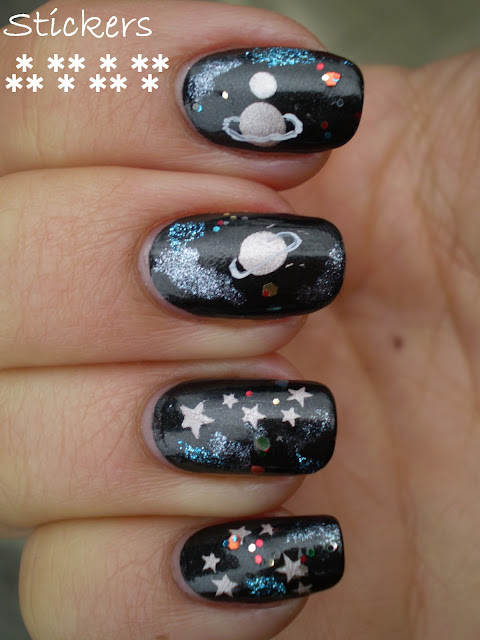 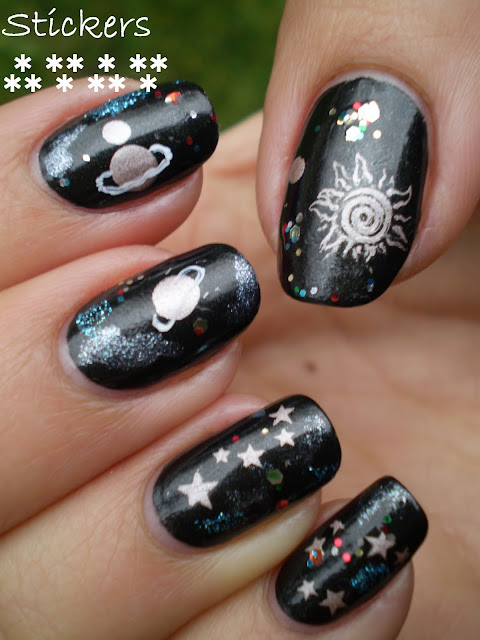 Of course, it's not easy to put a whole galaxy on my five little nails, but I think I got the point, do you? :)

As a base I used Essence I love my jeans (perfect one coater black with tiny silver shimmer) on which I stamped  with Sally Hansen Chrome polish. For sparkles and nebula I used Milani Blue Flash and Milani Gems as well as silver shimmer polish from Smart Girls Get More.

Oh, and I also started to shape my nails back to square-ish. I like them better this way and I felt they were strong enough and they won't break  like they used to... They're not all even because it's hard getting from totally oval nails to totally square without clipping half of the nail's length, but I'll get there soon!

Bye
Stickers
Objavio/la Stickers u 10:14 AM