I bought few amazing glitter polishes lately and I couldn't think of a better base polish to try them on.

First one is Essence Mr. and Mrs. Glitter. Big hexagonal glitter in golden and blue color (with just a few black ones) in clear base. I must say I wasn't very satisfied with it: I had to fish for glitter. In first coat I had one to none glitter pieces on each nail!
But with two generous coats this is the result: 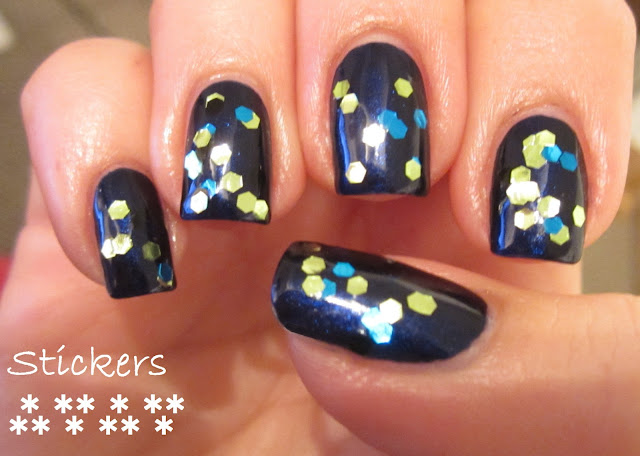 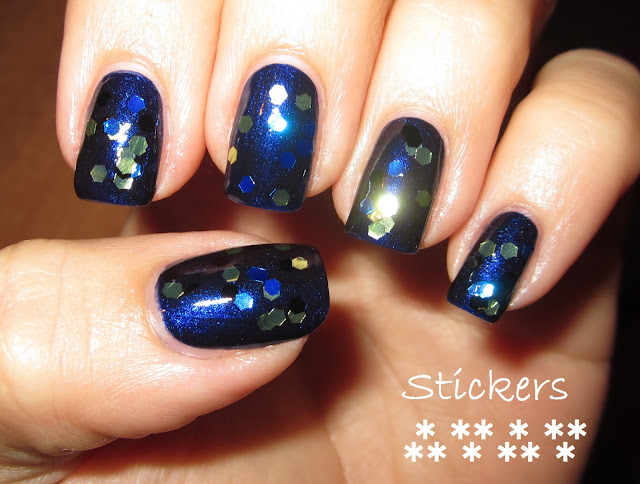 On top of it all I had to try this polish which just arrived to my adress: Sally Hansen Hard as Nails with Nylon named Twinkle. It's mainly holo stripe glitter mixed with tiny round holo glitter.

I must say the final resuslt almost looks like one of those indie polishes (which I have no intention of buying, they're too pricey for me!). 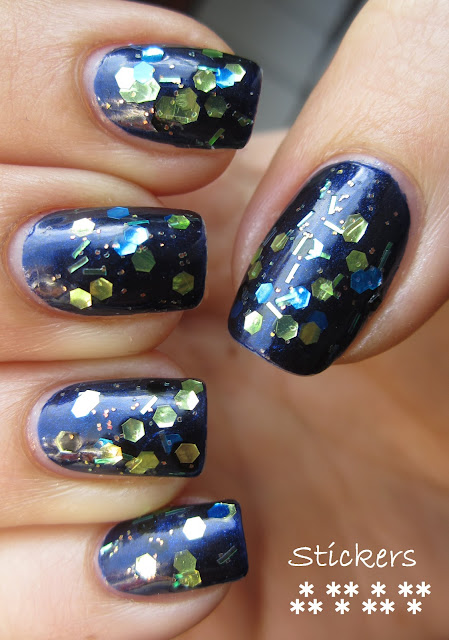 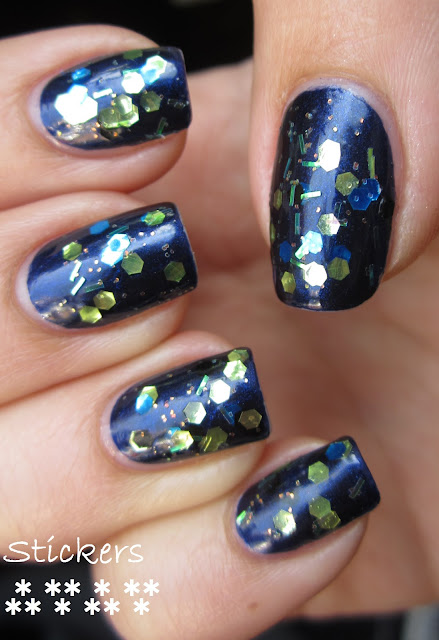 Bye
Stickers
Objavio/la Stickers u 11:22 AM