Today I wanted to do something nice with my nails since I finaly caught some time, but I had absolutely no idea what to do. So I randomly picked a bottle of polish out of the box and the chosen one was Essence Undead.
It's an older polish from last year's collection Eclipse. I probably showed you this one already, but as a part of some mani, not just the polish itself.

I'm not a fan of those vampire movies this collection was named after, but I had to have this polish. It's a black base with purple shimmer captivated in it. I like the fact that it can pass as a regular black polish, but the shimmer is visible if you look really hard, and if the sun comes up.
In the first three photos you can't really see the shimmer, they were taken in the shade, but towards the end (sun came up) shimmer becomes more visible. 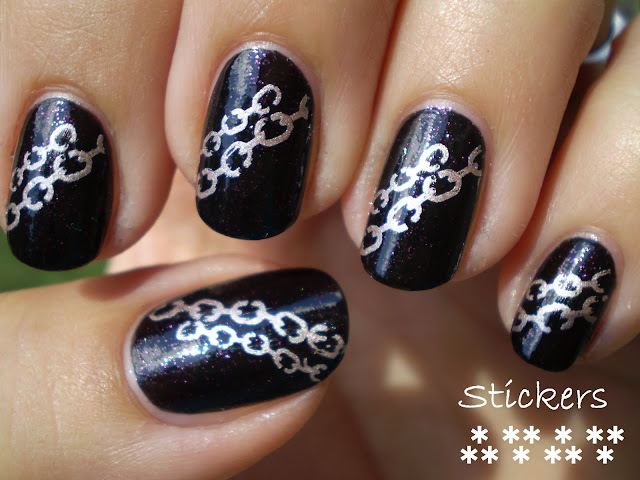 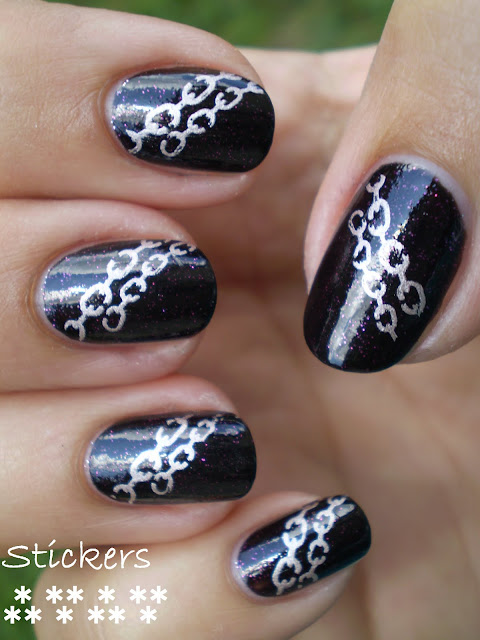 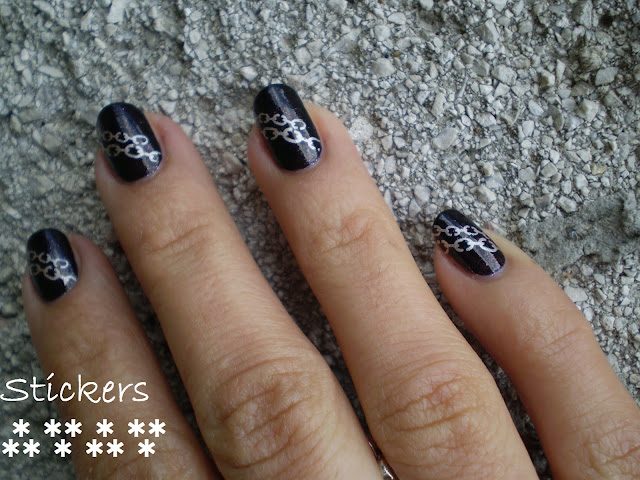 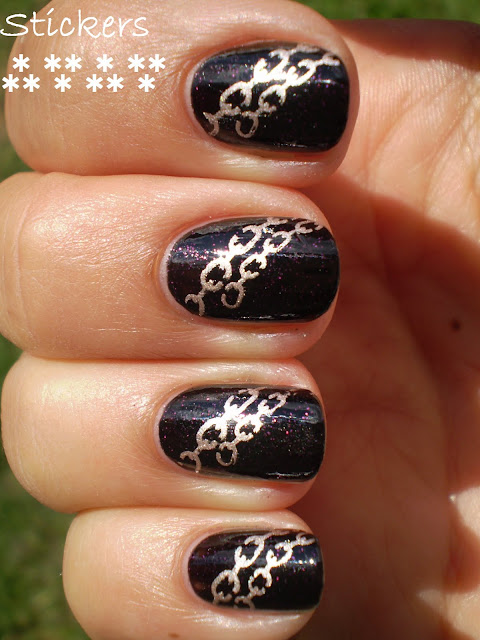 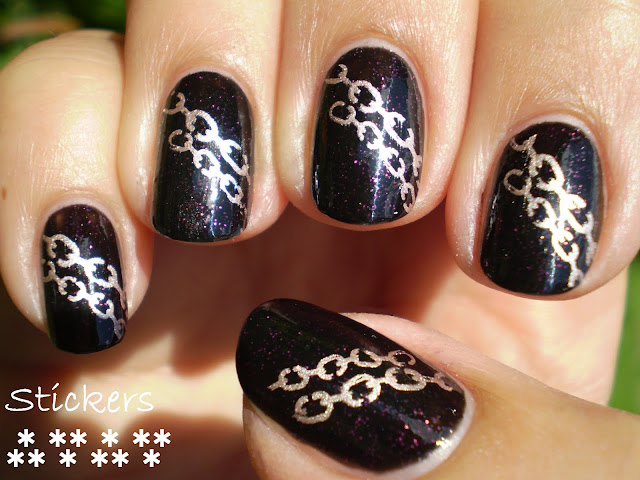 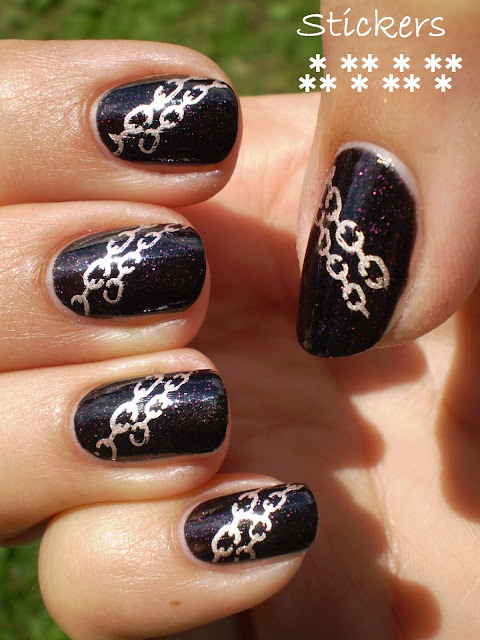 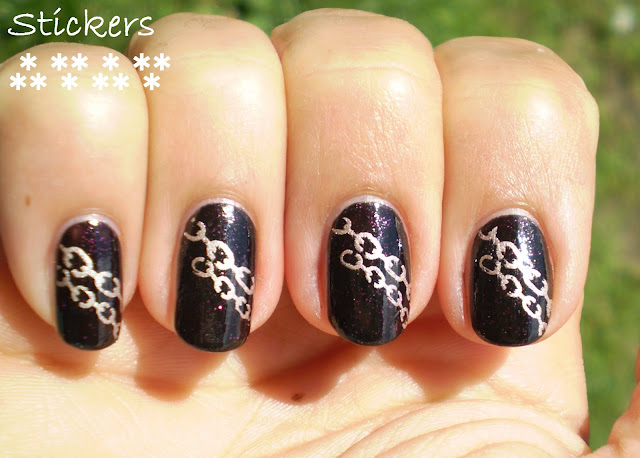 I added some chains with my old Bundle Monster plates. I've been planning to order the new ones but I still haven't tried all the patterns from the ones I own, so I thought it wasn't neccesary. But, then again, I also have around 10 untried polishes and I keep buying new ones...?!
Polish-a-holic, what can you do...

I found out this week that I got a summer job as a waitress in a beach cafe. I'm excited because they will pay me very well, and as a student I must use every opportunity to earn some money, but one minute later I was sad because that means I will have to put this little blog of mine on a pause. My hands will be in the water all the time, and my nails are probably gonna be so short that I'll be embarassed to show them to you, and I won't have any time or energy to paint them since it's a 10 hours job 7 days a week.

That's why I'll enjoy this few weeks that I still have my nails and do some nice manis, I promise.