I've seen girls doing Louboutin mani but I never considered doing it myself because my nails were never long enough. But they're finally doing better now so I gave it a try.

I started with two coats of Deborah 161 beneath the nail and then I did one coat of Manhattan's black on top of the nail. The result wasn't that well, as I saw later.

The red isn't all that visible because it's too dark. I should have painted some white polish underneath it to reduce the dullnes of black polish.

I tried to take a photo of the mani as best as I could, but I'm not satisfied. Here it is anyway. 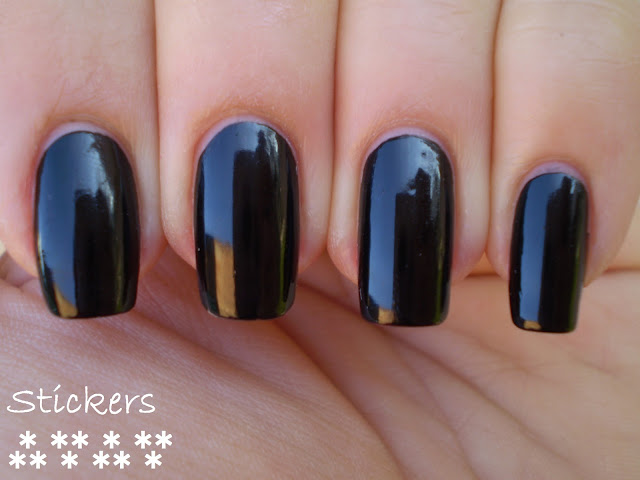 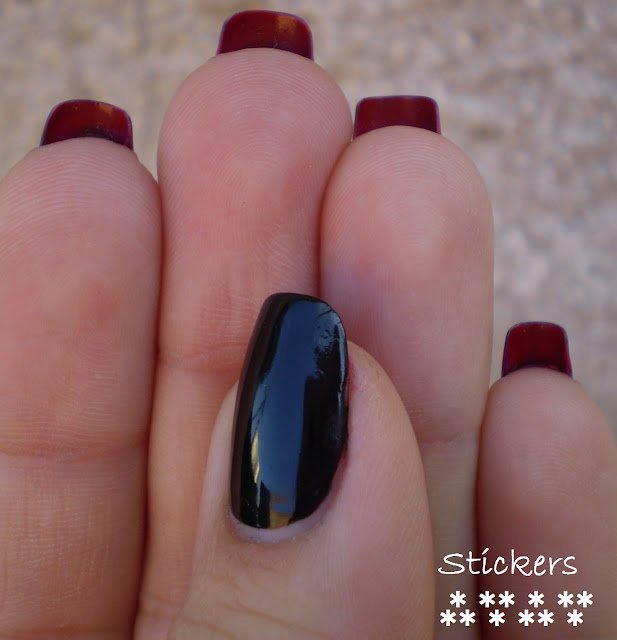 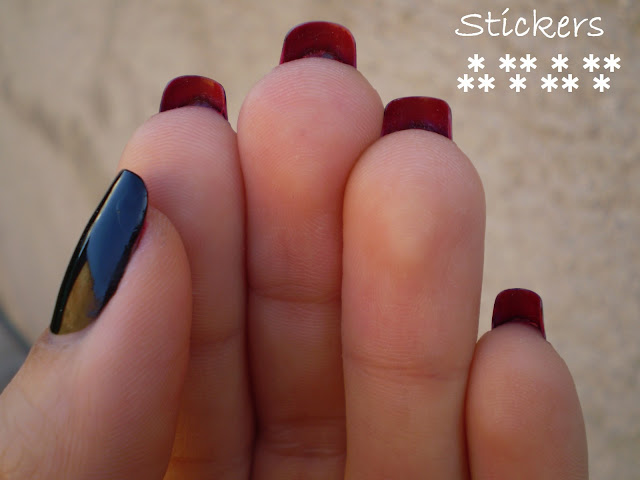 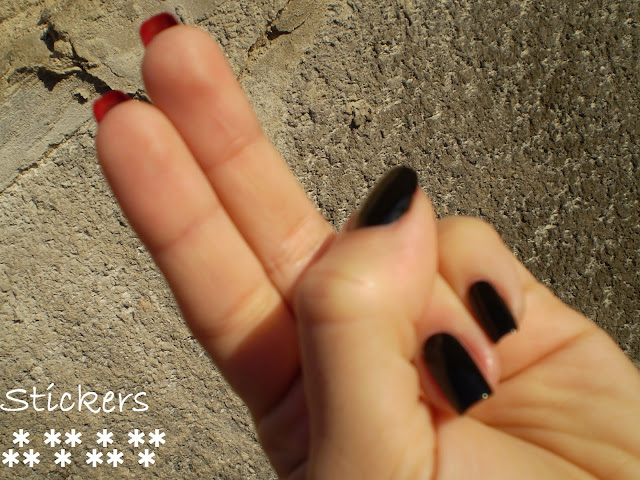 The red is most visible on the last photo, so I put it altough it is blurry.

Bye
Stickers
Objavio/la Stickers u 10:57 AM